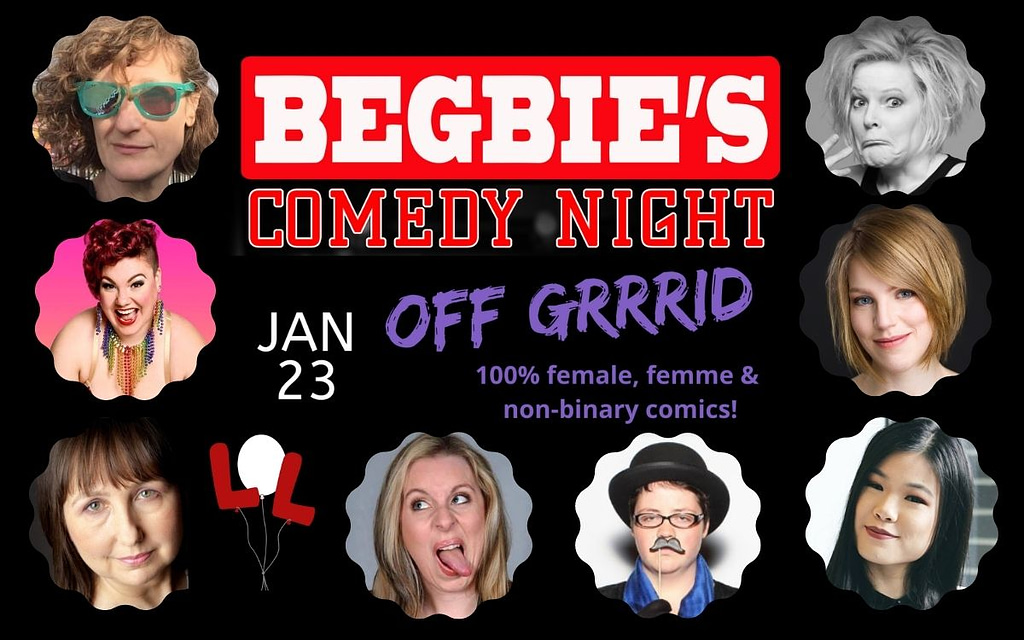 We’re proud to be mentioned in the New Westminster Record for our newest comedy show – Begbie’s Comedy Night!

On Thursday, Jan. 23, Begbie’s Comedy Night opens with Off Grrrid, a stand-up comedy show where all the comics are female, femme or non-binary.

“The comedy scene is still overly representative of men, and not everyone can relate, so this is a show to celebrate different voices that don’t get as much stage time and relate to a broader audience,” Dosdall said in a press release.

She was inspired by Fox Hole Comedy, a long-running show in Vancouver (recently renamed to New Moon Comedy) that’s produced by Jackie Hoffart. Hoffart was recently mentioned in The Tyee for the show’s efforts to represent women, non-binary, people of colour and queer stand-ups.

In New West, Off Grrrid will be produced once a month as part of the regular show schedule.

— Article reproduced here as featured in the New Westminster Record on January 22, 2020

The page you requested could not be found. Try refining your search, or use the navigation above to locate the post.