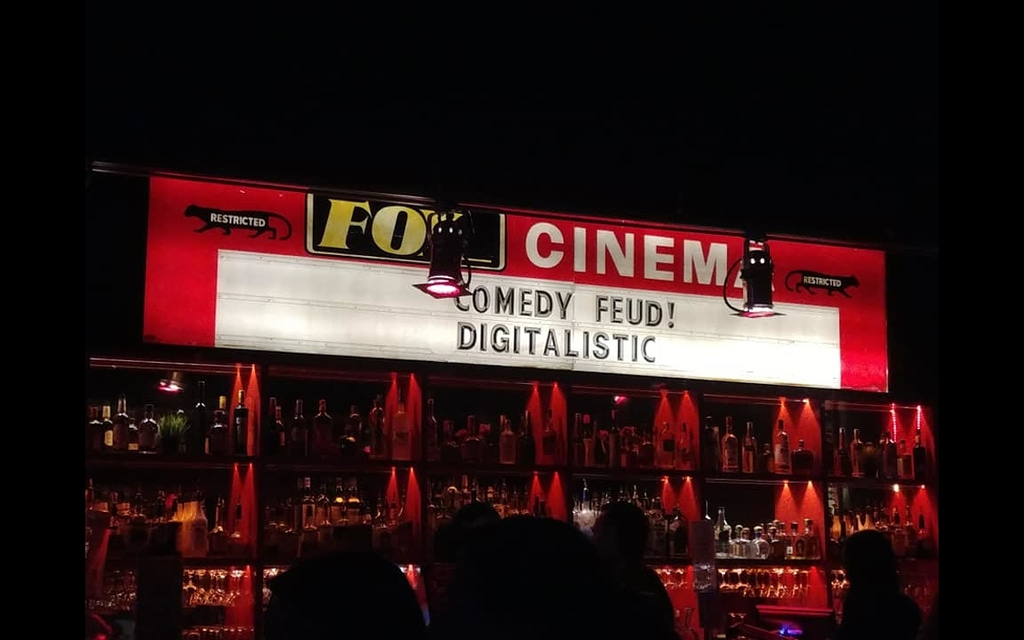 If you’re not a comedy insider (or if you’re only familiar with comedy as an industry at the highest level,) the title of this article might seem confusing.

Many people have never attended a ground-level live comedy show, but the people who do — the people who pay anywhere from $10-$50 at the door — naturally assume that the people they see on stage are compensated for their time and effort.

The status quo in much of Canadian comedy is that most performers are unpaid. Talented nobodies with years of experience can perform at sold-out shows 4+ times a week and come out the other end with perhaps $20 and a drink ticket. Often a major key to success in comedy is some kind of side gig — a well-paying but undemanding day job, family support, or even welfare payments.

I’ve had a full time job for much of my comedy career, but I’m also a childless asexual who lives over a hundred miles from my nearest blood relative. I used to get off work, take a nap under a table at the office, then pop over to the open mic down the street, where I would wait up to three hours to get on stage. This is not a lifestyle for somebody with family obligations — it’s barely a lifestyle for somebody with basic self-respect.

A lot of amateur comedians are, in fact, casual hobbyists with no particular ambition beyond a few nights out a month sharing jokes and making a few bar patrons laugh. Nonetheless, plenty of promising potential professionals are discouraged from the idea of pursuing comedy full time for obvious reasons.

Another comedian once told me that it’s easy to exploit people with a dream, and it is. But that hold can’t completely obscure the facts, not forever. The reality is that while the mirage of stardom is powerful, a lot of intelligent people quickly catch on to the fact that it’s a fool’s game and leave.

To be clear — this is not a simple case of fat-cat producers taking advantage of struggling artists. Most independent producers are performers themselves and the profit margin on shows can be razor thin. Live shows are by their nature capricious, and audience turnout is never certain. In order to sustain themselves, many producers make heavy use of unpaid talent. This can open up opportunities for newer comedians, but it also narrows the number of paid gigs available and inevitably lowers the overall quality of independent shows.

But if the performers aren’t making money because the producers are barely making money either, what then is the solution?

Simply: there needs to be more money.

Set aside for a moment the question of how to run a good show and set up digital ticketing. Let us ask instead the basic question of who exactly makes money off independent comedy shows — venues.

A comedy show that reliably pulls in an average of 30 paying patrons every week can easily net a venue an extra $1000+ in food and drink sales on an otherwise slow night. Unlike individual producers, the average bar can pay $100-$300 for a weekly comedy night without much downside risk if it turns out to be a flop. Similar venues frequently pay musicians and DJs $100+ for an hour of entertainment. Comedy shows can be somewhat riskier and more complicated for the venue to put on, but many would be willing to pay a similar amount for live stand up.

Bluntly: many stand up producers are low-balling themselves because they are terrified of rejection from venues and don’t value their own product. They therefore lack even the basic stipend necessary to invest in tech and talent and put on a quality show.

The business model of the average indepent show is fundamentally unsustainable and built on a system of favours and exploited labour. The way to fix that is to pitch as many venues as possible on paying a small weekly fee (and perhaps an equal-sized tab) until enough of them agree to the proposition. At that point, comedy shows need to sink or swim on the underlying fundamentals of the location and foot traffic as well as the producer’s efficacy and hard work. After a few months, a well-run show should be pulling a regular profit, even if it’s not necessarily breaking even every single night.

Reduced starter fees can be helpful to get the venue to open the door to a few test nights, where the producer can demonstrate the viability of the show. Likewise, a tab is usually less expensive for a restaurant than a straight cash pay-out, which can be useful for compensating openers with dinner or a few drinks. We are in lean times for restaurants now, due to the pandemic, but lean times won’t last forever.

It’s understandable to romanticize the idea of struggling artists doing what they do out of a simple love of the art itself — but romance doesn’t pay bills (unless you’re in a very different line of work.) We are skilled workers with a rare and valuable asset. If you can make a room full of people laugh for over five minutes straight, then you are statistically funnier than >99% of the population. Even if you’ve only been doing comedy for 6-12 months, if you can sustain that laughter for a full 10-15 minutes, you deserve at least a twenty or a meal for your trouble.

As an industry, we should gradually move to a model of better funded shows with shorter line-ups and paid MCs, features, and headliners. Amateur nights featuring a long cast of unpaid comedians should be seen as a proving ground to move into those professional shows as opener. They should not be the de facto standard indie show.

Producers need comedians as much if not more than comedians need producers. It’s time we started acting like it.

Jessica Pigeau is an Albertan ex-pat banished to the west coast for unrepentant vegetarianism. She dresses like Mr. Rogers, talks like Gilbert Gottfried, and writes like nobody else working in modern stand-up. Jessica is best known for her unique stage presence, absurdist sensibilities, and broad appeal.

Diagnosed with Autism in her late teens, Jessica has a flair for topics such as mental health, social alienation, gender ambiguity, and the discordance between urban and rural identity.

My First Time on a Vancouver Stage

I’ve been an audience member at New West and Vancouver comedy shows for the last two years. Sure, I only go to support...