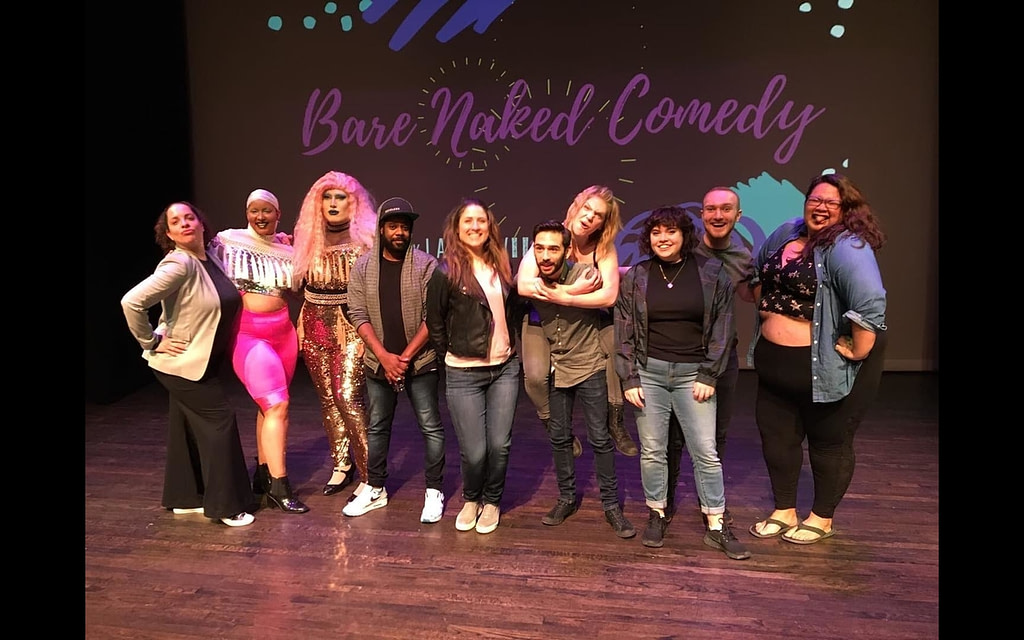 How Vancouver Comedy Showed Me I Wasn’t Alone

I first figured out that I was dealing with depression and anxiety in my early 20’s.

Originally, I thought that my asthma was getting worse. Every day I would wake up and my chest and throat would feel tight. It felt like someone was sitting on my chest and lightly choking me. I was constantly late to everything because I’d have to spend at least an hour in bed trying to calm myself down so I could breathe normally. Then as my day would go on, that heaviness would come back and I’d find myself sitting down, using my inhaler, and struggling no to panic.

My doctor quickly corrected me. I was having panic attacks. He quickly prescribed me two bottles of pills: one to make me happy and one to stop the attacks.

I was also referred to a counsellor.

No one I knew was dealing with mental illness. I skulked around like a secret agent. I would disappear for a couple hours once a week for 3 months and I kept my pills hidden in my bedroom in my sock drawer, tucked away in a pair of socks that I never wore, but kept because I hate throwing away socks.

As soon as I was feeling better I declared myself “cured”. I stopped taking my pills and I stopped going to counselling.

My battle with mental illness has been ongoing since then. I’ve gone years where I’m fine and everything is awesome. Then things take a dive and I find myself back in counselling and picking up a new prescription.

It’s been a lonely process. In 2008 when I first started treating my anxiety and depression, almost no one was talking about mental illness. I couldn’t even talk to my family or close friends about what was going on because “anxiety doesn’t exist”. Ten years later mental illness is more widely talked about, but it is still an uncomfortable topic.

I had no interest in going to live comedy shows. I only went to support her. She was, is, and will always be my favourite New West comedian. I always knew Nina was funny, but I didn’t know there was a whole community of funny people out there waiting for me to make them all my new friends.

I also didn’t know how many people were dealing with mental illness.

The first comic that made jokes about their mental illness made me want to stand up and shout “PREACH!”

As my best friend booked more shows, I went to more shows. We commuted all over Vancouver and New West. Not everyone talked about their battles with mental illness all the time. However, enough people brought it up on stage that I didn’t feel so alone anymore. Here were these amazingly funny people, standing on a stage and talking about what I could barely discuss with my closest friends.

Before going to all these Vancouver and New West comedy shows, I would only vaguely allude to people that I had anxiety and depression.

“I don’t feel like going out tonight, I’m really tired.”

“Lol sorry I was asleep.”

I felt alone and a little lost. Ok, I felt really lost.

This was the first time that I’d ever really heard someone talk about depression openly. I loved it because it meant that I wasn’t alone. I remember looking around to see how people were reacting. The crowd was laughing and no one looked worried or disgusted.

Thanks to the Vancouver and New West comedy scene, I didn’t feel alone anymore.

Since then, I’ve become very open about my struggle with mental illness. Knowing that there are comics all over the Lower Mainland helps me to feel okay with sharing what I go through. I spend more time making jokes than I do saying anything heartfelt, but at least I’m being vocal, right?

If I can do for just one person what Vancouver comedy and New West comedy did for me, I’ll feel like I’ve truly accomplished something.

The page you requested could not be found. Try refining your search, or use the navigation above to locate the post.