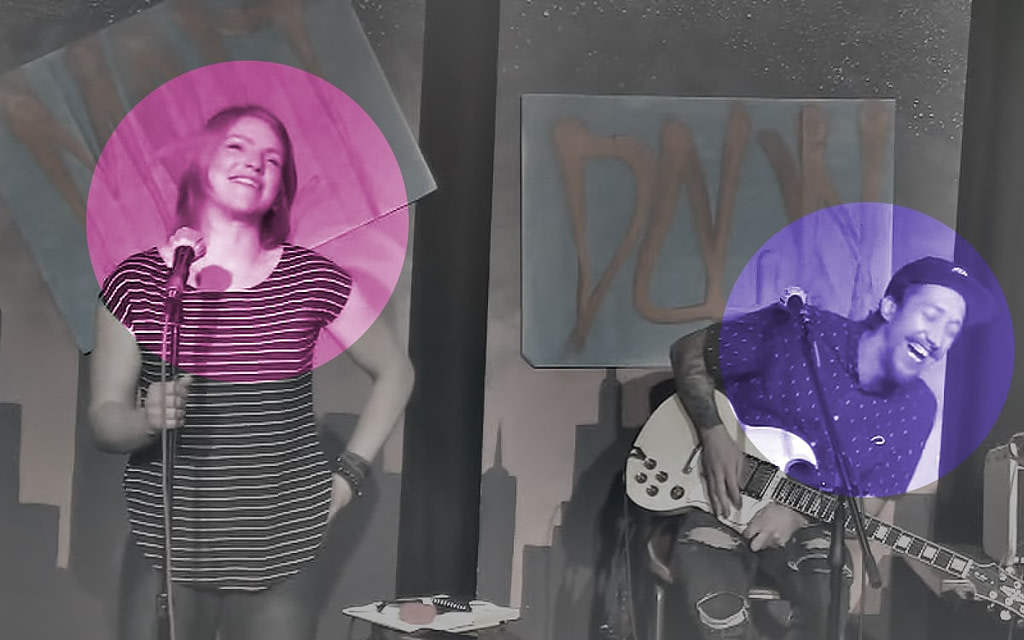 I wake up at whatever ungodly hour my brain decides to remember something.

“Remember to pack the hand sanitizer and pick up more Lysol wipes on the way,” my brain says, the latest details when producing events in the time of Covid-19. Afterwards, I feel my mind try to pull me into the trap of “what else am I forgetting?”

One of the most important things I’ve learned when producing any event: always make lists before bed. Write down every single thing in your head that you think you have to do, should do, and maybe-won’t-do-but-it-sounds-like-a-good-idea-so-may-as-well-add-it.

Not everyone thinks about details and, in fact, as a comedian and performer, I find that this frame of mind interferes with my creativity, which causes me constant tension between me as “producer” and me as “artist”. 😕

Originally, all I wanted to do was perform, but waiting around for opportunities to do that was taking forever so I pulled up my bootstraps and created my own. It’s not uncommon for artists to suddenly become their own managers and job-makers. In fact, it’s what this new gig economy demands.

When being creative, people describe it as being in a state of “flow”. I’ve experienced this with acting and writing. It’s when you’re able to focus on something and then allow your thoughts to flow seamlessly, from one idea to the next, without any “outside interference”.

By that I mean, judgements about what you’re doing, things going on in other areas of your life, or… details you need to remember because you forgot to buy more Lysol wipes. 🧼

See what I’m saying? As I sit here and write this – admittedly at 3:45AM – I fight hard to keep my focus on this piece of writing as other thoughts knock on my door: “Did you message that person?”, “Don’t forget to pack your hair straightener”, “Oh! Someone messaged you on Facebook!”.

Okay, the last one has nothing to do with producing. But, once you’re used to being distracted, it almost becomes an addiction.

What I am slowly realizing though is that producing, in it’s own way, can be a creative outlet if you do it right.

I started producing shows the summer after I started getting into performing stand-up. At the first show that I had ever produced I decided that I would perform as a host (what a mistake!) and then hire the rest of the entertainment.

Having never produced before, and not knowing ANYTHING about what I might need, I did something interesting: I planned it via my imagination. It was the same sort of headspace I was used to as a performer: I imagined the whole thing happening from start to finish. I saw the venue, I saw people arriving, and suddenly the lists of “to do’s” created themselves.

“Oh, people are arriving…I’m going to need someone on door duty.”

“Oh, where will the comics sit before the show?”

I write it all down, check it off one by one, and bam! I made a show that worked. 😃

Maybe it wasn’t the job that I really wanted to do at the end of the day (I just wanted to be on that damn stage but that was the LAST thing on my mind that night) but I have to say, I felt an immense gratification for a job well done. To see an event unfold, that I planned from scratch, without any major hiccups is truly satisfying.

Perhaps at the end of the day, I appreciate that I had to become a producer as well. I’ve learned that I am able to do more than I thought I was capable of, and it fills my heart that I can create something that lends opportunities to my peers.

Where the heck is that damn list I made? 🤔

What’s it like when a comic bombs on stage? Hear Taylor Moorey’s personal story of every comic’s nightmare… NOT getting laughed at!